On Friday, July 7, 2017, Patricia Chagoya of Elgin, Texas, was drawn as the winner of a new 2017 Honda Civic LX Hatchback from Howdy Honda. She purchased the $1 winning ticket from the United Heritage Credit Union Call Center.

The Foundation extends its sincerest thanks to all who purchased tickets as well as Howdy Honda for its longstanding support in the donation of the 2017 Honda Civic LX Hatchback. 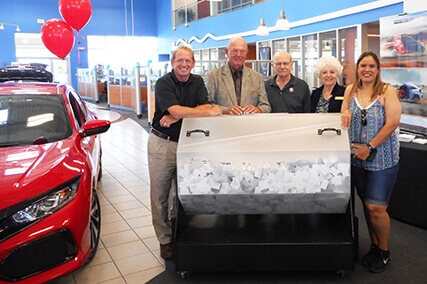