United Heritage Credit Union is proud to once again be a Featured Sponsor at the 31st Annual Chuy's Children Giving to Children Parade. Join the United Heritage Team at the parade where you’ll see Beaker the eagle and the UHCU van ready to celebrate the holidays.

Where:
The parade starts at the State Capitol at 11th and Congress, moving south on Congress all the way to Cesar Chavez, ending just north of the bridge.

What:
Join us and bring a new, unwrapped toy to donate for the benefit of Operation Blue Santa. At a designated time during the Parade Procession, all units will stop to collect the toys. Santa's Helpers will line the parade route and help spectators give their toy.

Attractions: About Chuy's Parade:
The Chuy’s Parade benefits Operation Blue Santa, a non-profit organization that provides gifts, toys, and gift cards for families in need during the holiday season. The parade attracts over 50,000 attendees every year, and has raised over a quarter of a million toys for children in the Austin area.
For more information about the parade visit the Chuy's Parade website. 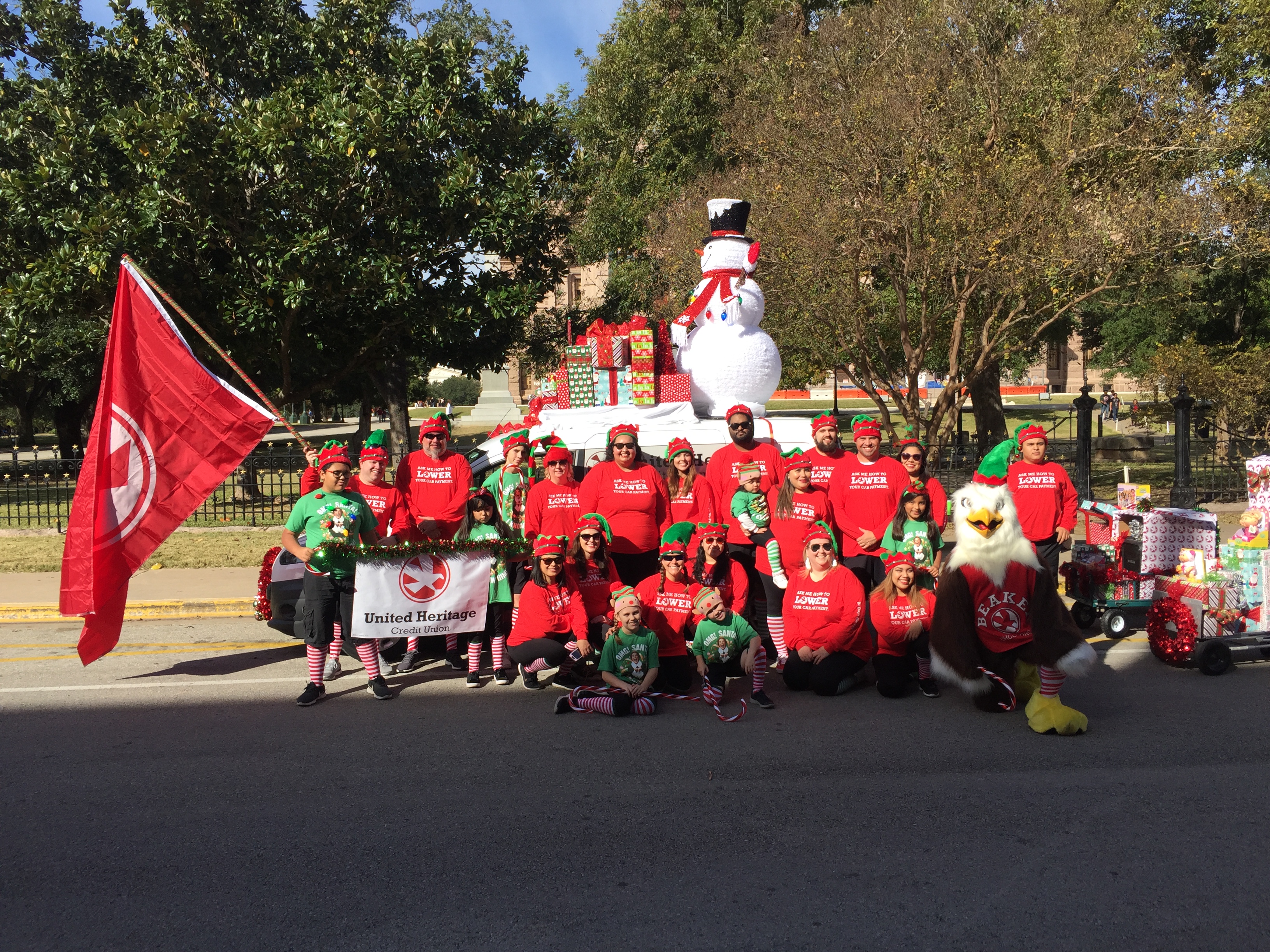