EMV Cards: What You Need to Know

What is an EMV card?


How do EMV cards work?

When an EMV card is used to make a purchase, the microchip in the card generates a unique code that's needed for the transaction to process. Each code is used only once – for each new transaction, a new code will be generated, thus adding an extra layer of security for the cardholder. This extra layer of security is not available when the card is swiped and payments are completed using the traditional magnetic strip.


What's the benefit of using an EMV card?

Because each code generated during a transaction is unique, EMV cards protect against fraud better than traditional magnetic strip cards. While chip technology provides an extra layer of security, it won't eliminate fraud and data breaches entirely. It will, however, catch the U.S. up to other countries, as chip card technology has been around for more than 20 years and is used in over 130 countries around the world.

Even with the added security of EMV cards, it's important to exercise caution when making purchases online, over-the-phone and at card terminals that are not EMV chip-enabled. In these instances, the layer of security afforded by the chip is not available and the transaction is no more secure than a transaction conducted with a traditional magnetic strip card.


How do you use an EMV card?

If a merchant does not yet accept or have the ability to process EMV card transactions, you can simply swipe your EMV card using its magnetic strip to complete the purchase. For the time being, online purchases will continue to be processed just as they are now.

By the end of 2015, it's estimated that nearly 60 percent of merchants in the U.S. will be able to accept EMV cards. It will take several years for all merchants to change their payment terminals to accommodate EMV cards. 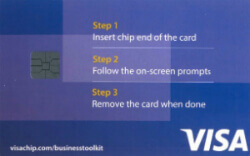 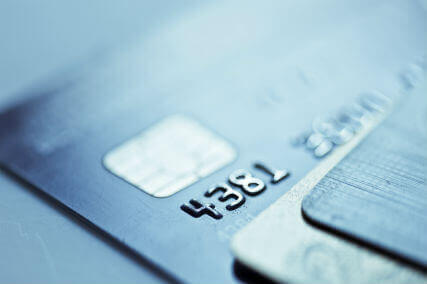