With the help of members and staff, United Heritage Credit Union collected more than $3,450 worth of toys for the Austin Police Operation Blue Santa program this holiday season.

Employees and members generously donated $1,543 and $1,910 worth of toys respectively during the four-week-long toy drive. Blue Santa volunteers, also known as Santa's Helpers, delivered the gifts to designated families on Saturday, December 19.

When Austin Police Operation Blue Santa began in 1972, it served about 20 families. The program now provides toys and food to more than 5,000 families in need during the holiday season.

United Heritage Credit Union offers its greatest thanks to all members and staff who helped support this worthy cause. 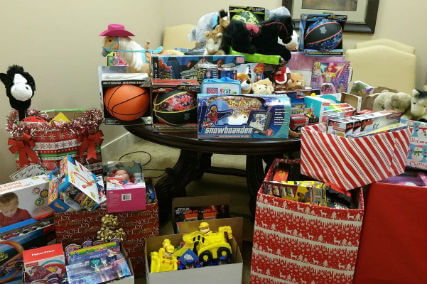